Our Trailblazers gift pack includes four unique gins with three recipes chosen to reflect each of the women as well as our signature Extra Fine Gin. The four 200ml bottles are displayed in a stunning black presentation box that reveals the unique label design on each bottle. 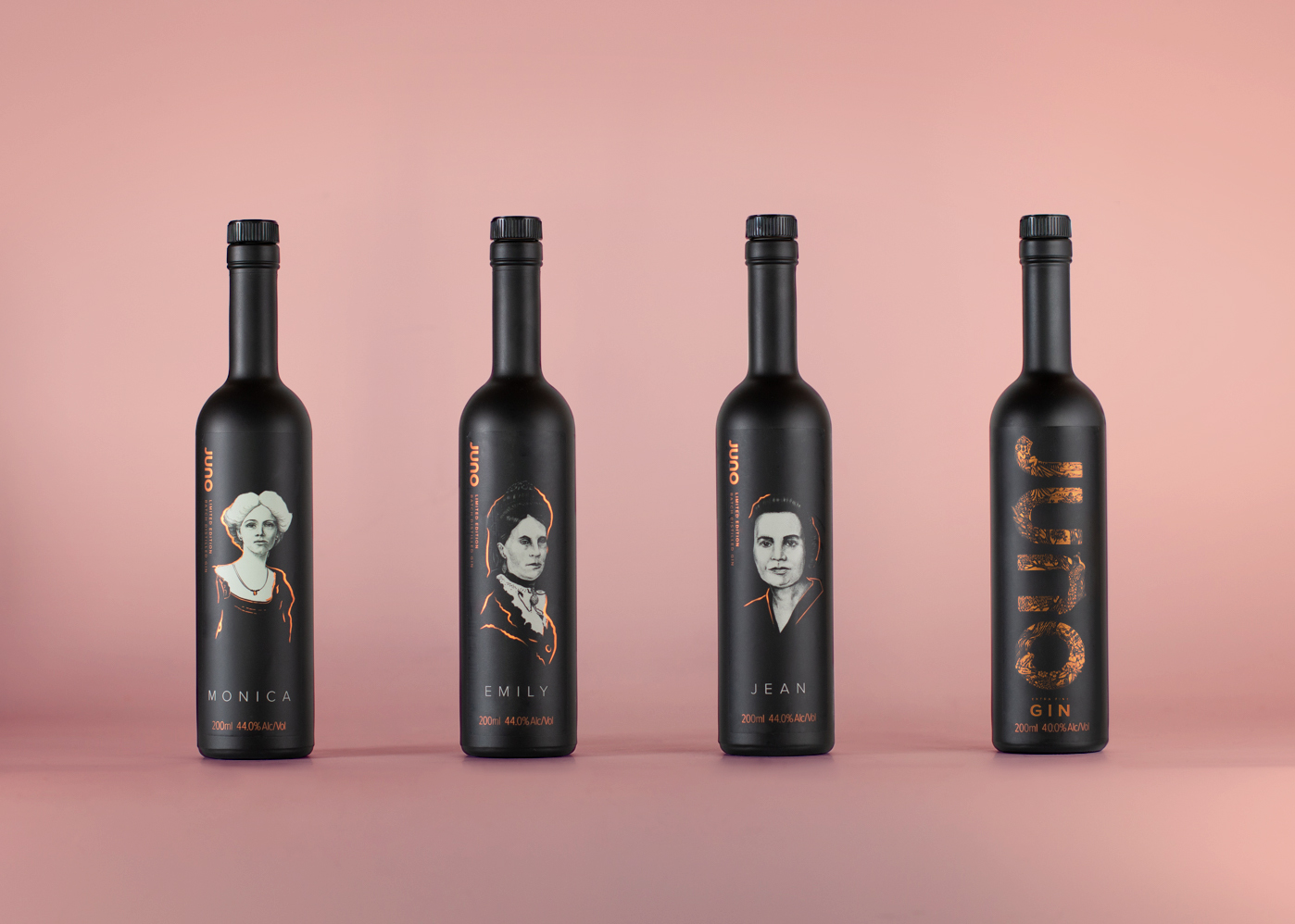 Ahead of their time.

Three inspirational women from Taranaki who took on the world.

Ahead of her time, this worldly and well-travelled woman is remembered for her advocacy of women’s rights, the environment, pacifism and passion for the arts. Monica helped found several organisations but her greatest legacy is the Govett-Brewster Art Gallery named in her honour, making New Plymouth the spiritual home for modern art in New Zealand.

This triple-distilled gin reflects Monica’s independent and adventurous spirit. It is a full-flavoured citrus gin, sparkling with notes of kaffir lime.

One of our country’s first prominent female artists, Emily exhibited her paintings of New Zealand plants and flowers all over the world. She was also a talented writer and poet. Her writings provide a revealing glimpse of life in the 1800s, particularly during the wars of the 1860s. Her diaries describe an era where the primary role for women was a supporting one, while also exploring the artistic challenge of selling creative work in which so much of one’s self has been invested.

Emily’s love of all things botanical has been captured in this indulgent lemon honey gin that sings with lime blossom, lemon verbena and chamomile.

A doctor surgeon and pioneer for cardiovascular surgery and Māori health, Jean was an important voice for encouraging women to further their academic studies. At barely 5-feet, she stood tall in the community leading the surgical department at Taranaki Base Hospital.  Although known to be on-call at all times, she would occasionally slip away to watch cricket at Pukekura Park where the commentator was under clear instructions to hang a white towel on the scoreboard as a signal if she was urgently needed back at work.

Jean’s gin is a nod to enjoying a relaxing moment on the green in the summer sun. Honeyed notes of red clover flower rounded off with lush orange. The recipe is close to Juno’s award-winning Summer 2019 gin.

Join us for the First Pour of our Winter seasonal

Looking back at a very proud moment for Jo and Dav

Taking a moment to enjoy our Juno Extra Fine Gin.

Winetopia Auckland - the gin of choice for 2021. C

Distilling in progress... Have you stopped by th

Juno Gin will charm any occasion into something ma

Welcome to Juno Before you can enjoy our extra fine gin, we need to confirm you are of legal age to purchase alcohol in your country of residence.